The world is a huge and varied place, and the countries, peoples, religions, beliefs and philosophies that give it life and add extraordinary richness to its many cultures, are responsible for the myriad of traditions we admire today. With regard to weddings and marriage in particular, a particularly religious area, the customs of some communities on the planet may even be considered eccentric or circus-like. However, tolerance must be awarded to each one, with us assuming that for these cultures the celebrations and rituals that follow are perfectly normal. In certain cases, they even end up being much more sacred than the ones considered common. Let’s get to know some of them, at the same time that we delight in the extraordinary diversity of the world, a true gift that we want to cherish. 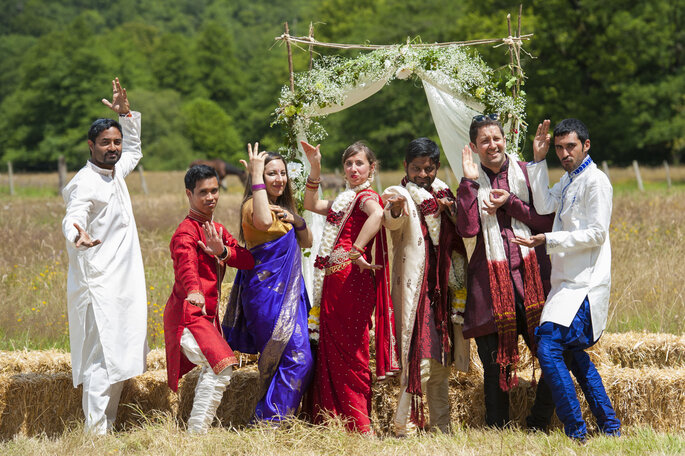 Of course tears are acceptable at weddings, where emotions are heightened. But to start crying a month before the big day seems a touch excessive, wouldn’t you agree? However, for the inhabitants of Tujia, China, this act is perfectly normal. Indeed, the bride begins to weep for the groom a month before the wedding, for one hour each night. This shedding of tears increases ten days later, when the mother of the bride also enters the scene, and again another ten days later, when the grandparents join in. But there’s more! Until the end of the month and when the ceremony happens, the shedding of tears increases, for all the women of the family join together in this true festival of tears! Despite the crying, this is a joyful celebration and it is even said that the different sounds of crying women work as a kind of music.

Among the Maasai, Kenya and Tanzania, the parents of the brides bless the marriage of their daughters…by spitting on them. Specifically, the parent must sharpen their aim and spit on the bride’s head and breasts, as is commanded by the sacred leaders of these tribes. Then she walks alone toward her new home, without looking back because if she does, she will turn to stone, according to legend. During the course of the walk, the bride is insulted by the groom’s family, not out of spite or jealousy, but to protect the couple from bad luck and evil spirits. 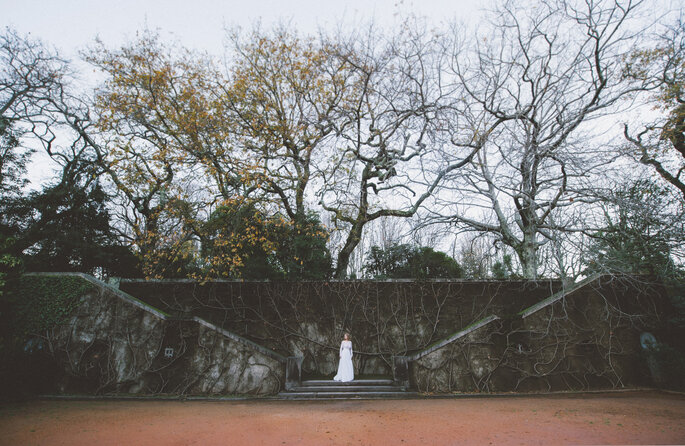 This is a tradition that comes from the exotic and mysterious India, which never ceases to amaze us. It seems that the women who are born Manglik, that is, during the astrological period in which Mars and Saturn are both under the seventh house, are cursed and bring bad luck to those who marry them. In fact, they even risk prematurely killing their husband, being considered witches. The only solution to this terrible fate seems to be a first marriage between a Manglik and a tree! After the “I do”, the tree is knocked over to break the curse and – yes – the woman can marry again, this time with her human fiancé, because the danger of killing him will have now disappeared.

In Scotland, apart from the tradition of men wearing kilts to weddings, women (and sometimes also men) must go on a kind of smelly pilgrimage through the streets before they utter the long-awaited “I do”. The idea is to spread rubbish on the bride until she is covered in filth, like curdled milk, fish, rotten eggs, spoiled food, tar, mud, feathers. Overcoming this challenge means that nothing will stand in the way of happiness in marriage. 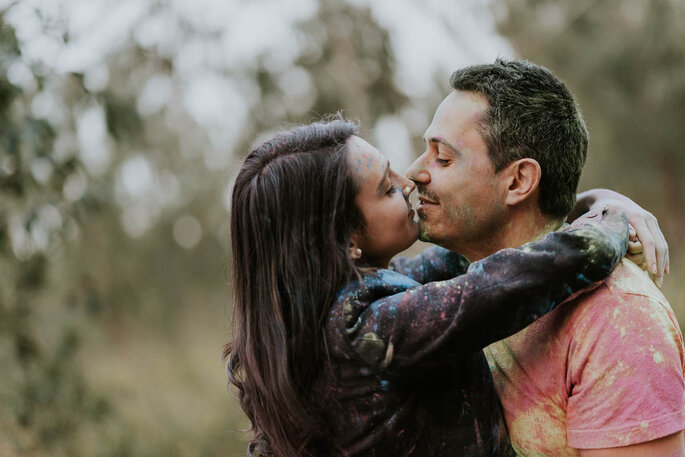 The Irish are a people with strong connections to the past and with many superstitions – some of them amusing and others terrifying. Therefore, if you decide to get married on the Emerald Isle and you are a woman, you will not be able to raise your feet during the first dance with your new husband. Guess what will happen if you do? Evil fairies will lead you to an unknown and distant place, far from our world. Would you risk it?

6. Jump for a happy marriage

In the southern region of the United States, a tradition was maintained that emerged at the time of slavery, according to which, slaves publicly declared their love and commitment by jumping over a broom to the sound of drums. Today, many newlyweds still make that leap, symbolising freedom in their future as husband and wife. 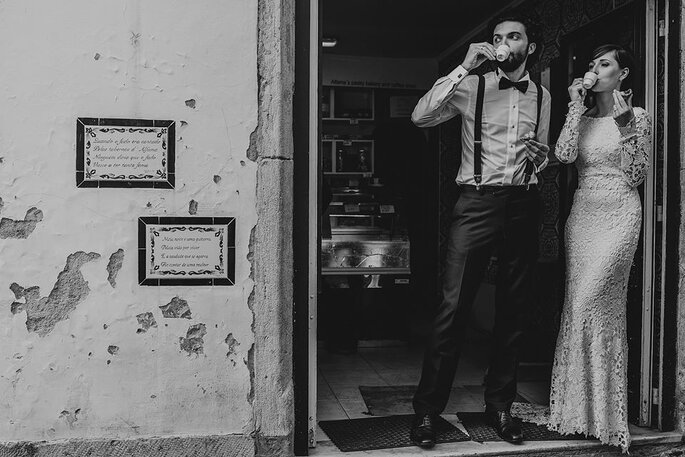 In Germany there is still a tradition of Baumstamm Sägen, a ritual that takes place after the ceremony – or at the party, as long as the bride and groom are still sober! – in which the couple must cut a wooden log in half. This piece of wood represents the first obstacle of the many that the newly married couple will have to overcome in the life that lies ahead, so the cut must be done with a two-sided saw and teamwork, the bride and groom being applauded and encouraged by the guests. A true proof of partnership! Simple but effective.

Fortunately for the French bride and groom there are traditions that undergo revisions and whose 2.0 version is much “lighter” than the original. In the old days, at the end of the wedding party, tradition forced the bride and groom to drink all the liquid leftovers that their friends could mix together in a kind of potty. And when we say ALL the liquid leftovers, we mean all: leftovers in the glasses, dishes, the contents of the bathroom bins and other things that were found on the floor. The famous La Soupe, it was called. Nowadays, the content has been replaced by champagne or chocolate (or both together), which should still be ingested in the same container. 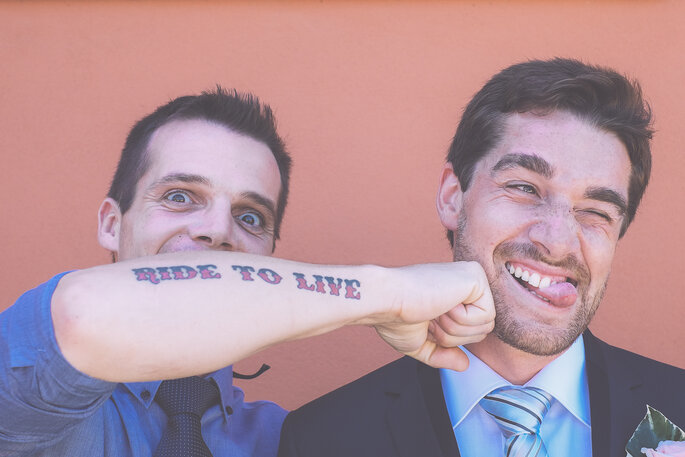 South Korea is also true to its most extravagant traditions, and this time it is the groom alone who suffers the wrath of his ancestors. In fact, at a certain point in the wedding, the groom is immobilised by his friends, who hit him hard on his feet with canes or sticks, and torture only ends when the bride begins to sing for them. The poor groom’s mother-in-law can also interfere by negotiating an amount of money for friends to release her son-in-law. A hard mental and physical test that provokes a lot of laughter among the guests, while the boy wishes never to have been born. What does it mean though? The punishment for the moment the groom leaves his friends to stay with the woman!

In Romania it is customary for brides to be abducted by wedding guests. The groom, who will play the role of charming prince for one night (in a metaphorical sense) will be informed of the abduction through a ticket and will have to work hard to pay the ransom. This will include some embarrassing acts, like singing in front of all the guests or any other more challenging task, because the imagination of the friends can be much more perverse… 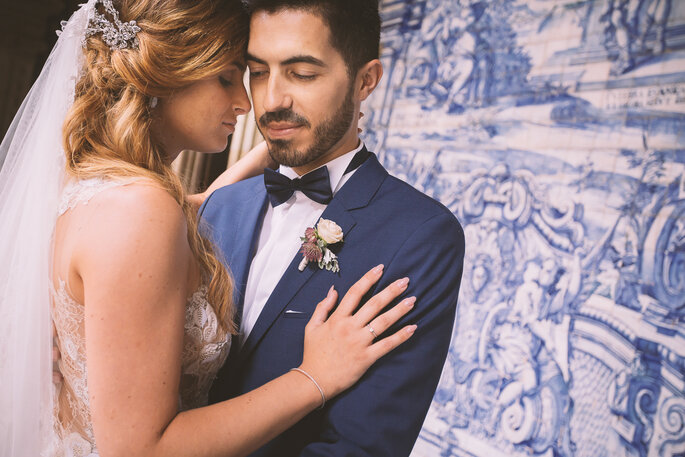 11. A Question of Honour

Greek weddings are known to be marriages with great vivacity – and not just for the sound of the plates smashing on the floor. Another well-known tradition takes place during the bride and groom’s first dance, when pins and needles attach money to the bride and groom’s clothes as they spin around the room, wrapped in decorative and valuable strips of paper. A useful custom for the bride and groom that is also a true honour for the guests! 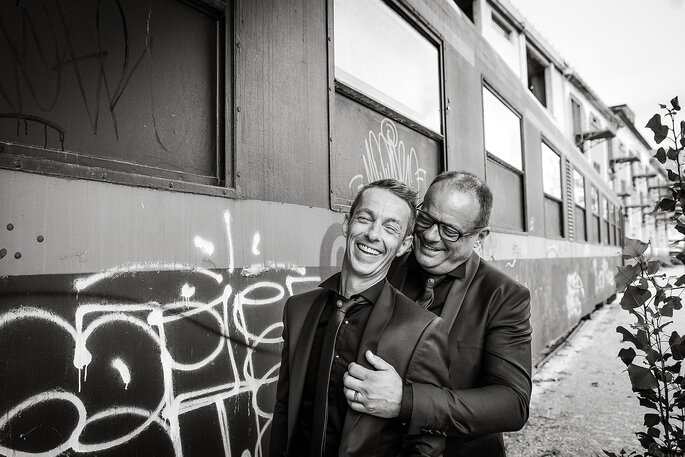 It’s never too late to discover what they do in other cultures. And what a number of cultures we have to choose from! If you like learning about other cultures, you’ll love Céline + Vinod’s French-Indian Real Wedding and Neha + Bruno’s 2-day Real Wedding.