When we think of America, naturally the United States pops to mind. But, there’s such more to the American continent than what we see in the media. Countries such as Mexico and Canada are somewhat secret corners where we can find as much exciting city life as we can deep forests.

Canada is the second largest country in the world with a surface area of 3.85 million square miles, so if you’re thinking about a honeymoon in North American, you’ll find a honeymoon destination perfect for each and every type. Just read on and see for yourself…

Maligne Lake. Photo via Shutterstock: i viewfinder
save 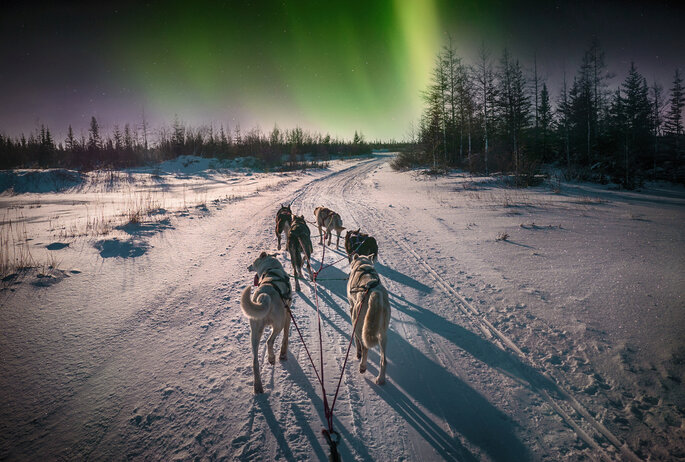 Photo via Shutterstock: CherylRamalho
save 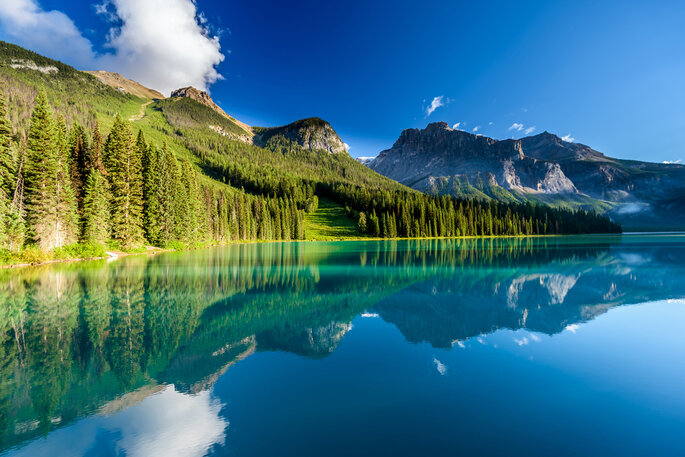 In relation to the vast expansion of Canada, its population is relatively scare. For that reason, most of the space is pure, beautiful nature, making the country a perfect setting for lovers who love adventure.

The infinite wooded mass, the meadows, forests and lakes that stretch for miles make up the picture-perfect landscape. This allows the coexistence of incredible animals such as bears, wolves, coyotes, pumas, antelopes, reindeer and elk, as well as seals, whales and polar bears in the maritime areas. 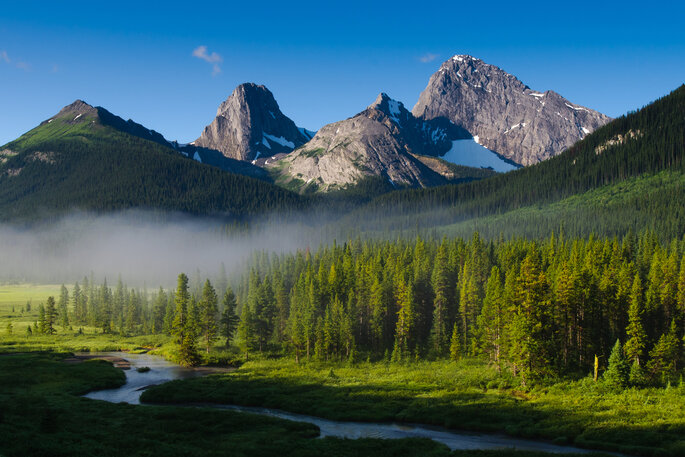 From the Rocky Mountains to the Niagara Falls, the North American country contains some of the most important natural monuments on the planet. And of all colours, including high peaks, green plains, lakes like Emerald and the glacial lakes of Louise, Peyto and Moraime. Its variety of ecosystems is also apt to house incredible fauna, such as the polar bears that inhabit Churchill.

Due to its natural exuberance, Canada has concentrated important natural protected areas through national parks. Jasper National Park, Banff National Park, Nahanni, the great Jurassic cemetery of the Provincial Park of the Dinosaurs (with the largest number of fossils of these beings in the world) or the Park of the Hanging Bridge of Capilano are an accumulation of nature and purity. 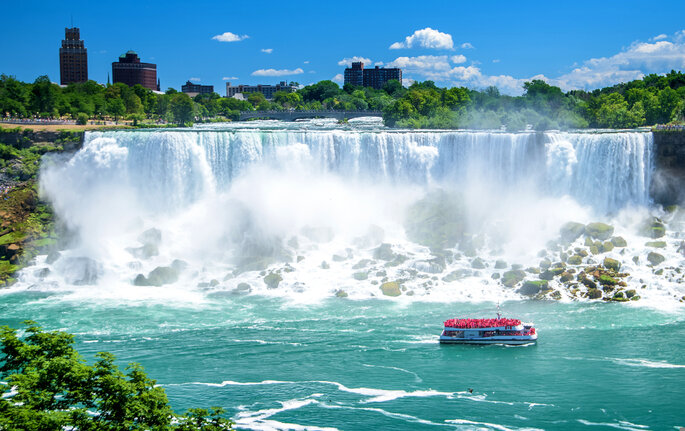 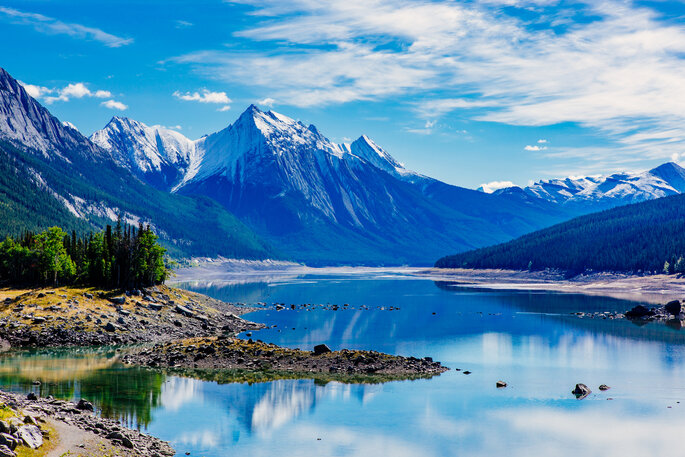 Nature is Canada’s greatest value, but not just for its fascinating landscapes and wildlife. Once you leave nature, you’re faced with cities that have embraced all kinds of progress in a sustainable manner. All of them enjoy a cosmopolitan spirit, welcome citizens from all over the world with open arms, seek sustainability with the development of parks and ecological services and are an example of culture and diversity. 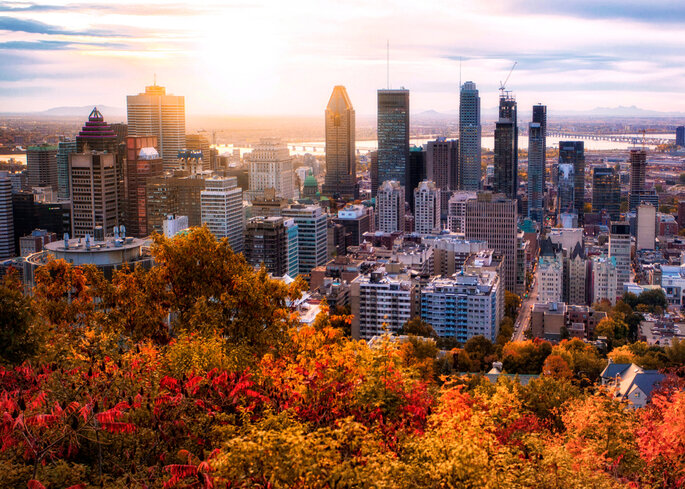 Toronto is the most well-known and populated city in the country, and also one of the most important cities in the world, as it is considered a cleaner version of New York. Ottawa, on the other hand, is the capital, with fewer inhabitants but with famous spaces such as the National Gallery of Canada, the Parliament Hill or the great Peace Tower. Montreal triumphs as the largest bilingual city in the world and a great space for art and diversity, as well as an urban core surrounded by rivers, meadows and the Laurentian Mountains. Quebec is one of the few places in the world from which to observe whales in their habitat and Vancouver, with its 200 parks, aspires to achieve a wonderful purpose: to become the greenest city on the planet in the year 2020. 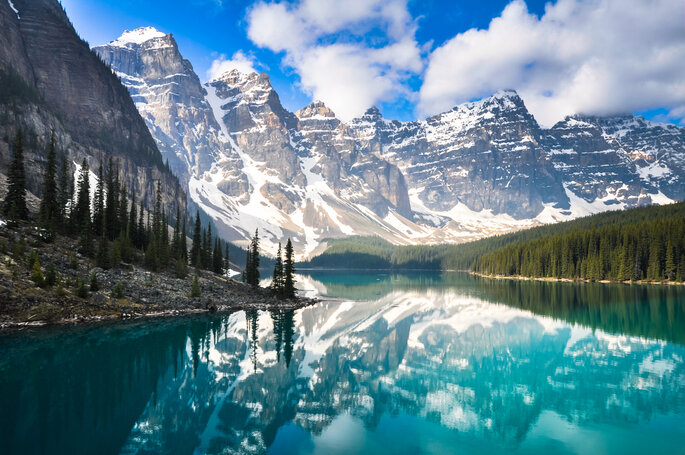 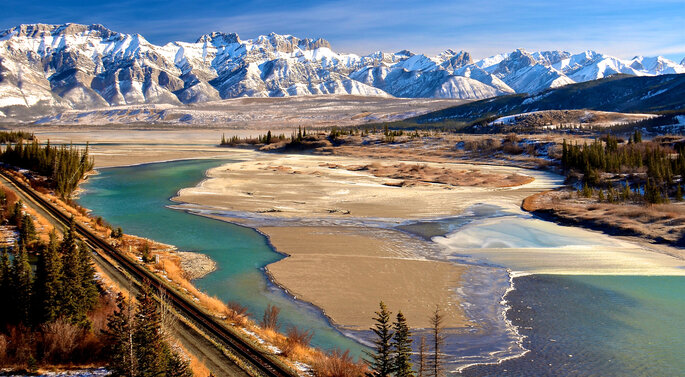 Photo via Shutterstock: Dieter Kepper
save 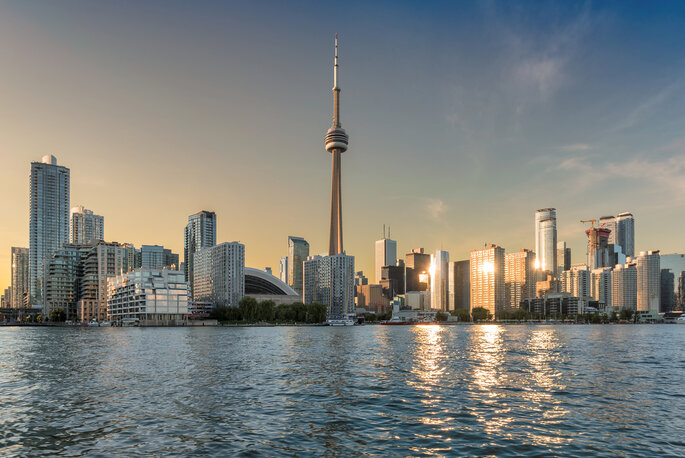 Photo via Shutterstock: Lucky-photographer
save 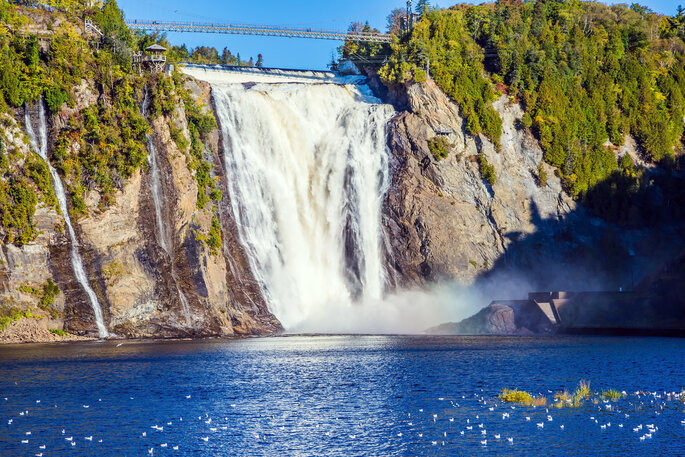 Perhaps Canada, also known as a “paradise on Earth”, is the perfect honeymoon destination for you and your partner. What do you think?

Honeymoon in Mexico: Fall In Love On Every Street Corner