Many couples dream of palm trees, white sand and crystal waters for their honeymoons – to them exotic paradises seem like the epitome of romance.

However, there are also many modern couples that are developing a travelling bug with a desire to venture to some of the farthest, most untouched places in the world. For this reason, exciting experiences such as those offered by Alaska for honeymoons are becoming more popular. Explore mountains, glaciers and much more, here’s everything you need to know about a honeymoon in Alaska.

Alaska is one of the largest states in America, almost triple the size of Texas, which is the second largest. Alaska is also the least populated state, so its essence has not been distorted  and its landscape untouched. It limits to the north with the Arctic Ocean, to the south with the Gulf of Alaska and the Pacific Ocean; to the east with Canada and to the west with the sea and the Bering Strait. Its capital is Juneau.

Alaska has four types of climate: the oceanic, with more or less mild temperatures; the oceanic sub-polar, typical of the south; the subpolar of the interior and the polar, typical of the north. To enjoy a climate that is not too severe, you should travel between May and September, although many of the wonders of Alaska occur in the middle of winter, like the most beautiful northern lights. Everything depends on the type of trip you want to have! You should also bear the light in mind: in winter there aren’t many hours of sunlight, while in summer the sun hardly sets. 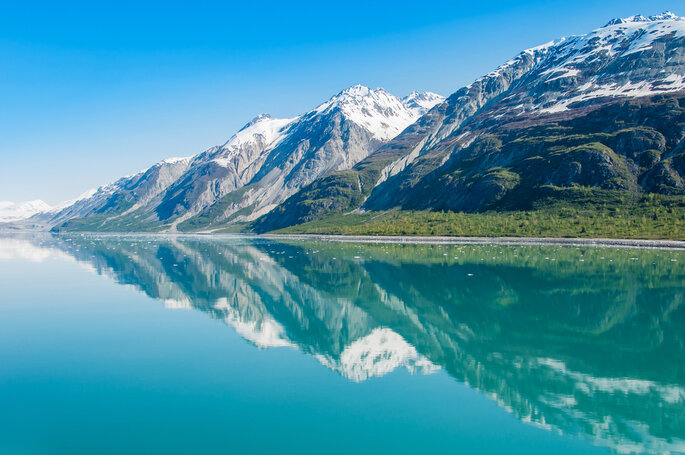 There are SO many places in Alaska that resemble paradise, many being idyllic islands that can get great weather from glorious sunshine, and the state is a wonder for its originality and peculiar beauty. Sown with glaciers and mountains, its extreme temperatures have painted most of its landscape with the glistening white of the snow in the cold months, which leaves masses of intense blue water. When the temperatures are softer, the snow gives way to a green immensity in beautiful valleys, mountainsides and large lakes.

Above the Arctic Circle, the tundra, frozen for most of the year, is the habitat of animals such as polar bears or moose. Vast forests of oaks, pines, elms and American walnuts grow in the southern area where the fauna is varied and almost mythical: whales, seals, walruses, sea otters, polar bears, brown bears, black bears, caribou, wolves, moose  and beavers. If you love adventure and spotting the most majestic of creatures, then Alaska is most definitely for you! 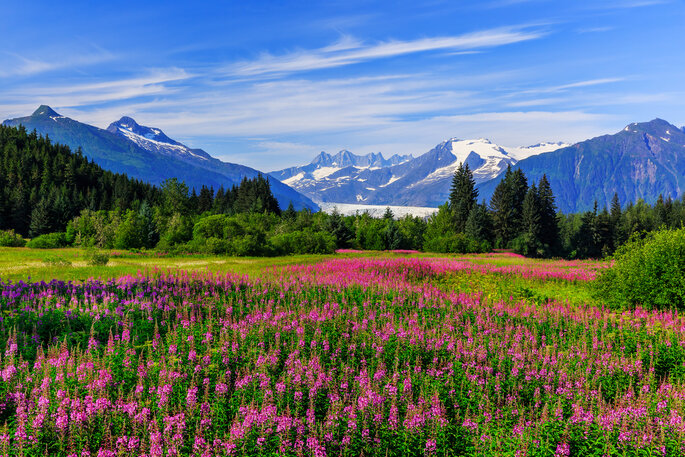 1. Denali National Park. In Alaska there are numerous natural parks to protect the lavish fauna and flora that prevails throughout the state. Denali is the most important one in Alaska due to Mount Denali, the highest mountain in North America with 6,190 meters. It contains 25,000 km2 of virgin land and glacier forests, and gives home to moose, bears, wolves and coyotes. It’s the most picture perfect place that will take your breath away. 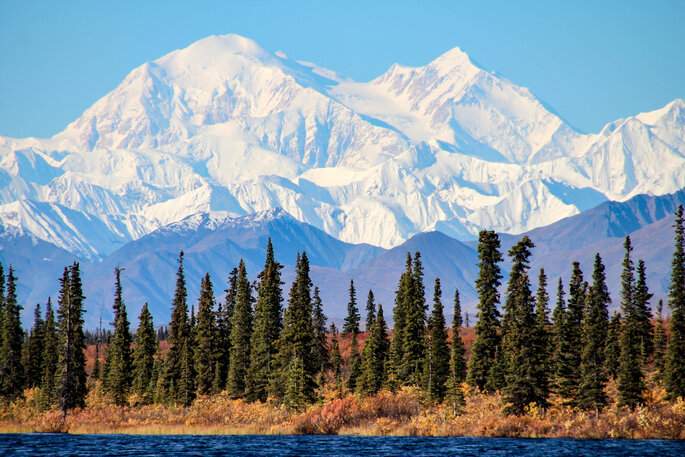 2. Matanuska Glacia and Prince William Sound. Matanuska Glacia is the longest and largest glacier accessible by car in the United States. Prince William Sound  is the Gulf of Alaska on the Southern Coast. All of them so worth the journey, and will be the most spectacular natural sight that you will have ever seen. Sharing these unique memories as newlyweds will be more special than any sandy beach! 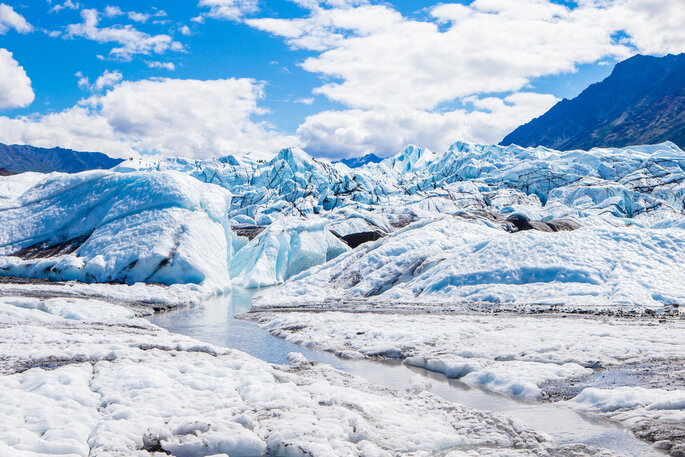 3. Kenai Fjords National Park. Considered a national monument until 1978, when it became a natural park, it holds all the natural treasures of the Kenai Peninsula. It gathers up to 30 glaciers of incalculable beauty, and in its waters there are seals, sea lions, bears, humpback whales and orcas. The coast of Clam Gulch is a perfect place to spend the afternoon among nature. 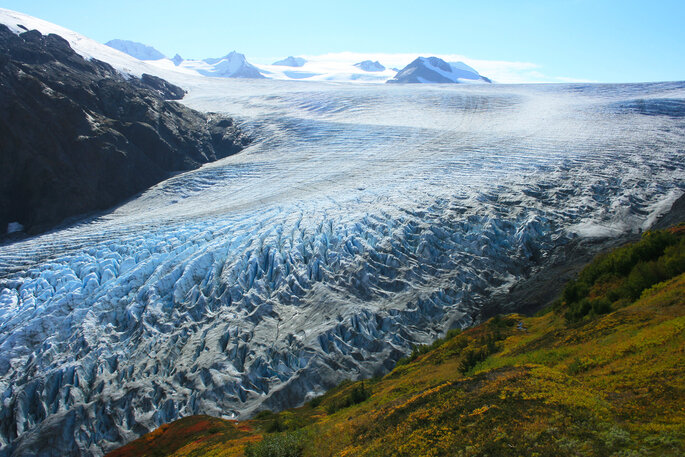 4. Lake Hood. Lakes are abundant in Alaska, and Lake Hood is one of the most incredible. It’s important to remember that 90% of Alaska can only be reached by plane,  and so the lake acts as the main base for hydroplanes. It also is the perfect place for hikes with incredible views. 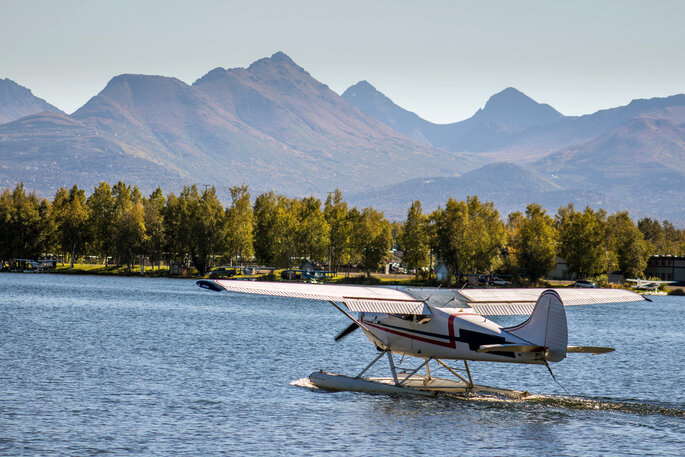 5. River Kobuk. Thanks to the protection of the entire Alaskan terrain, rivers enjoy a clean and unhindered course. In the vicinity of the River Kobuk, the landscape is a work of natural art, nourished by forests where you can camp under the stars. On its surface you can enjoy activities such as water sports, or you can spot Grizzly bears, one of the Alaska’s most legendary species. 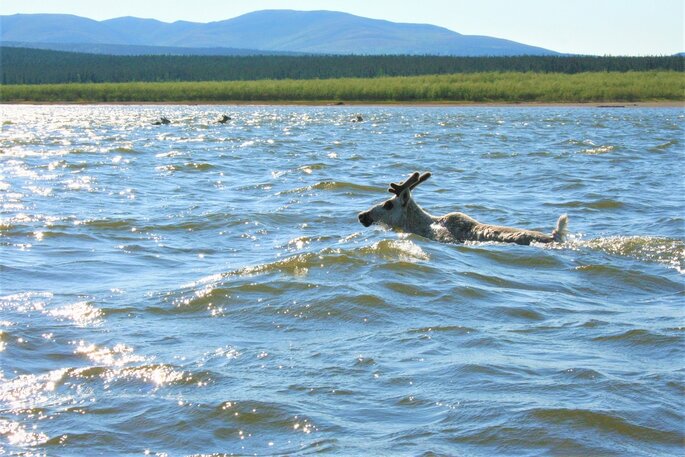 The Northern Lights, a magical phenomenon

The northern lights is one of the incredible natural wonders of our world. They consist of immense beams of coloured lights that tear the sky, a collision of solar radiation with the Earth’s magnetosphere. The beams change shape and colour, showing a succession of luminous drawings on the sky’s canvas. Its luminescent spectrum gives it a mystical and science fiction feel, you’ll have to pinch yourselves to even believe its real.

As one of the main attractions of Alaska that takes place in the winter months (December-March), hotels prepare to  have special Northern Lights sightings for their guests. 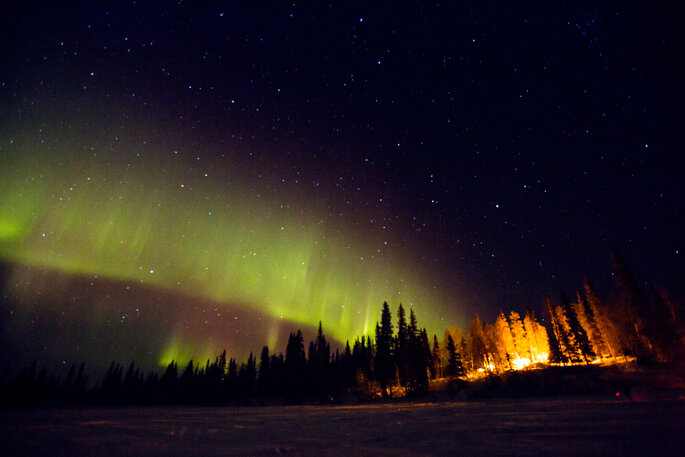 Far from exotic beach clubs, Alaska, like other cold places on the planet, are becoming increasingly popular as unique and unforgettable honeymoon destinations. Unknown and untouched areas are exciting modern travellers. So take the plunge and most spectacular lands on our planet.

Honeymoon in the Philippines: The Ultimate Exotic Experience

Honeymoon destinations
19 Jan 2019
The Philippines is becoming a standout destination in South-East Asia for couples on their honeymoon looking for the greatest new adventure together. Check it out now!