Japan, the Far East… An exotic place that attracts the attention of many couples who decide to take the journey of a lifetime to this special destination. Japan is located in Northern Asia between the Pacific Ocean and the Sea of ​​Japan. It consists of four main islands: Hokkaido (to the north), Honshu (the main), Shikoku (the smallest) and Kyushu (to the south). All of them are surrounded by more than 4,000 small islands.

Its varied coastline stands out, with volcanic mountains and deep valleys, in contrast to its crowded cities. Japan’s population exceeds 127 million inhabitants with most residents choosing to live in urban areas such as its capital, Tokyo.

Plan your honeymoon: Exciting Honeymoon Activities For The Most Adventurous Newlyweds 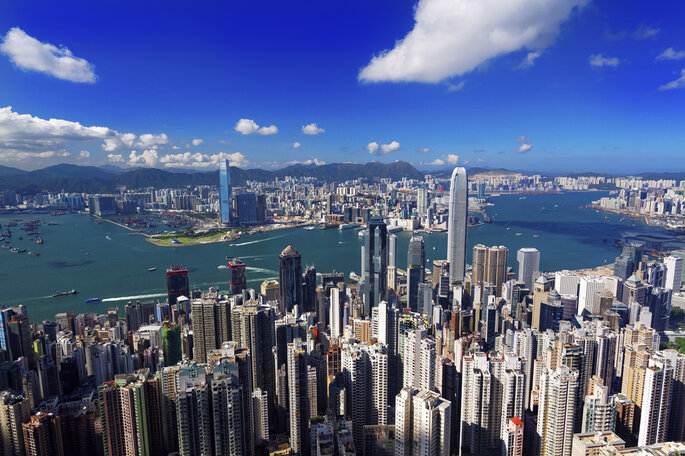 What Is There To See In Tokyo?

In Tokyo you can visit the Meiji Shinto Shrine (Sensō-ji), which is located in the heart of a leafy park made up of more than 100,000 trees. Sensō-ji is Tokyo’s oldest Buddhist temple. Formerly associated with the Tendai sect of Buddhism, it became independent after World War II. It is a place that receives the largest number of visitors during the holidays at the beginning of the year.

You will be imbued with the magic of the Asakusa Kannon Temple and the Imperial Palace Square in Tokyo. The sanctuary is also of Shinto style and is popularly known as Sanja Sama (the three sanctuaries). It was built by order of the third Tokugawa Shogun in memory of the three fishermen who originated the Senso temple. This is the starting point of the great festival of Sanja Matsuri, which takes place from the third Friday of May for three days and attracts almost two million people to the streets.

Historians say that in 1868 Emperor Meiji moved the capital from Kyoto to Tokyo and established the imperial residence in the palace of the Tokugawa Shogun. From that moment, the Emperor and the Empress settled there and established several official buildings related to the imperial house. It is possible to participate in a guided tour of certain parts of the palace by completing an online application.

Things to do include taking a boat trip on Lake Ashi, Hakone, which is known for mirroring Mount Fuji on clear days; the funicular climb to Mount Komagatake, which highlights its natural thermal baths and the beautiful views of Mount Fuji; and the visit to Odawara Castle in Hakone, built in 1447, about 70 kilometres south of Tokyo.

Read more: How To Choose Your Honeymoon Destination in 5 Simple Steps

Things To Do In Kyoto?

The time you spend in this city will be unforgettable. Kyoto is famous for being the capital of Japan for more than a thousand years and throughout those centuries it was the cradle of most of the works created in the field of arts, culture, religion… The Shinkansen connects Tokyo with Kyoto in two hours and 40 minutes and Kansai Airport, in Osaka, is an hour and 15 minutes.

You can also visit the Fushimi Inari Shrine in Kyoto, the Todaiji Temple and the Deer Park in Nara on your honeymoon.

In addition, historical monuments such as the Kinkakuji Temple and another 16 more are a World Heritage Site by UNESCO.

Experts point out that when talking about Kyoto, the neighbourhood of Gion often comes to mind. Its streets and houses are reminiscent of the architecture of ancient Japan and, in addition, the elegant maiko, geisha apprentices, will call your attention. If what catches your attention is the food, in this neighbourhood you will find shops dedicated to selling of typical products. Finally, just above this neighbourhood you can visit two emblematic monuments located “face to face”: the Imperial Palace of Kyoto and Nijo Castle, symbols of the great powers of the country.

Read more about planning your honeymoon:

Exciting Honeymoon Activities For The Most Adventurous Newlyweds

How To Choose Your Honeymoon Destination in 5 Simple Steps