Once again, we have an official statement from Kensington Palace announcing a new piece of news for the upcoming Royal Wedding of Prince Harry and Meghan Markle. They have revealed a sample of the wedding invitations and how they’ll be written for the lucky invitees! 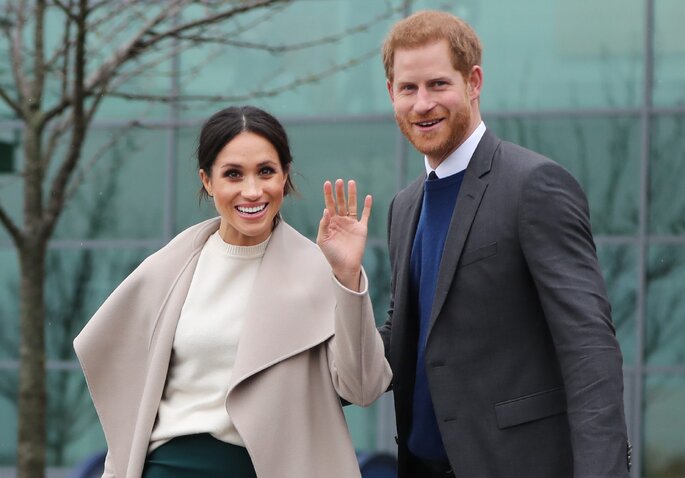 The printers at Barnard & Westwood are responsible for creating the invitations. The British printing and binding company has been the Royal’s Family’s favourite since 1985, after they were appointed by Queen Elizabeth II and the Prince of Wales, so it comes as no surprise that they have been chosen again.

As the photos released on Twitter, the appearance of the invitations are in keeping with the elegant style and the subtlety of the ornamentation that accompanies the stationery of The House of Windsor. The white cards are framed by beautiful golden borders that frame the invitation perfectly and, of course, with an overt sense of regality.

Using American ink on English card, the invitations are printed in gold and black, then burnished to bring out the shine, and gilded around the edge. pic.twitter.com/gQpC6tDot0

On the invitations, soft strokes of ink that spell out the most sought after wedding invitation of this decade, with words from his Royal Highness himself. But what do they say?

The invitations follow many years of Royal tradition and have been made by @BarnardWestwood. They feature the Three-Feathered Badge of the Prince of Wales printed in gold ink. pic.twitter.com/cd7LBmRJxO

The invitations will be sent to 600 people on behalf of the Prince of Wales, although 200 more guests are expected for a later reception at Frogmore House. The former will enjoy the concept of classic invitation par excellence, although, not to worry, not all invitations have to be so grand! Check here for some wedding invitation inspiration.