In many relationships it’s often a mutual decision to move to the next stage. But, for some lucky couples, they have a romantic proposal to look forward to. It’s not always the easiest decision to choose where best to pop the all-important question, but we have 6 perfect places to propose to your partner.

The Place Where You First Met

This place can be important for three different reasons: it was where you first met each other, had your first date or even your first kiss. Whatever the reason, it is where your relationship first started and it could also be the place where you make the most important step in your life as a couple. If you take your boyfriend or girlfriend there, you will be sure to surprise them, unless you give away any hints. 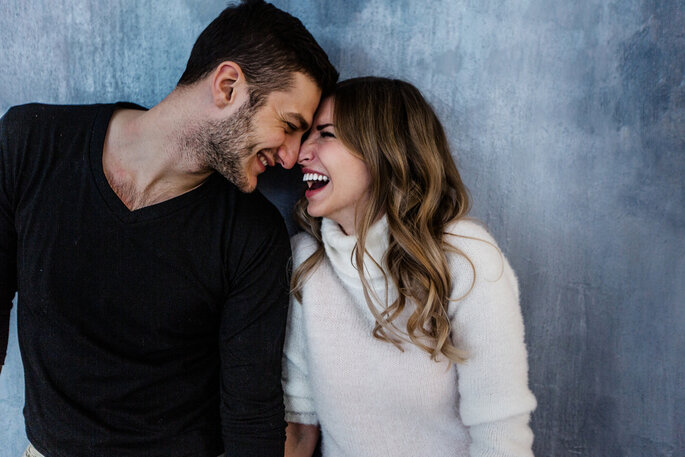 Every couple has a favourite place they like to go to that is not necessarily linked to where they first met, but is special nonetheless because you probably discovered it at the same time, and you enjoy going there from time to time. It can be a restaurant, an outdoor cinema, a concert hall, a favourite city or even another country. The main thing is that it is yours. 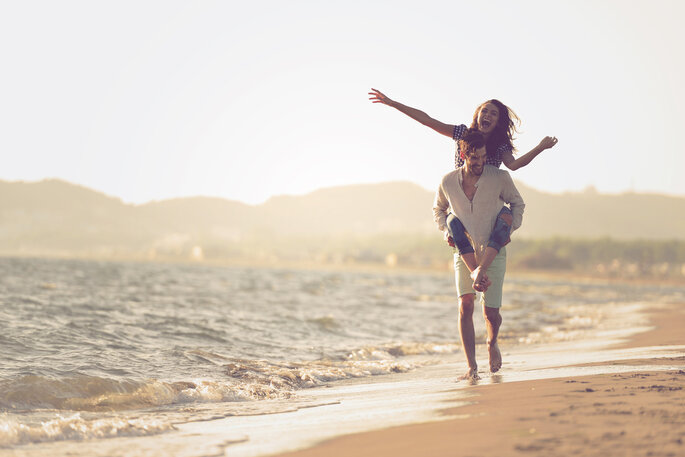 In a Romantic City

There are several cities that are known for being romantic, some due to the influence of legends, literature or cinema and others because of the landscape, streets and surroundings. Many others are romantic to you because of a special trip you took and, taking into account the influence of being in love, has therefore become important only to you. In short, here are a few of our suggestions Prague, Kyoto, Bruges, Paris, Amsterdam, Cartagena, Granada, Florence, New York, Verona, Zurich…

See how to organise a destination wedding in Italy 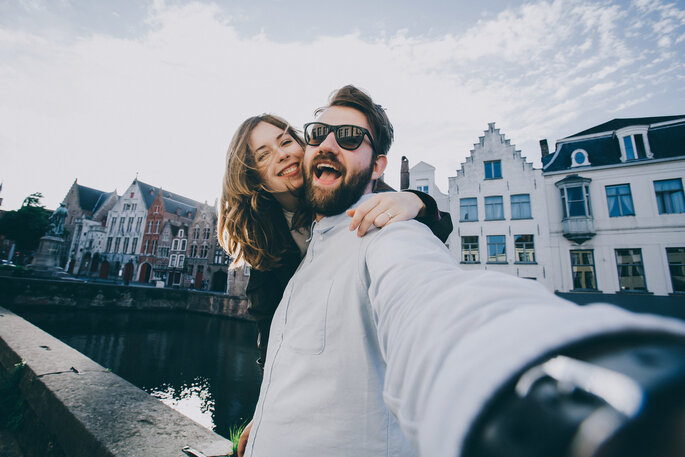 In The Middle of The Countryside

Nature is romantic in itself, without the need for anything extra. Therefore, it is best to let it work its magic rather than attempt anything extravagant that might leave you looking foolish. It can be anything from a weekend getaway, to a simple excursion to an area with a natural backdrop near you. Why not go camping so you can propose under the stars, or in the sea or even in a little cottage in the mountains? Let nature speak for itself!

See the top countryside venues in the UK here 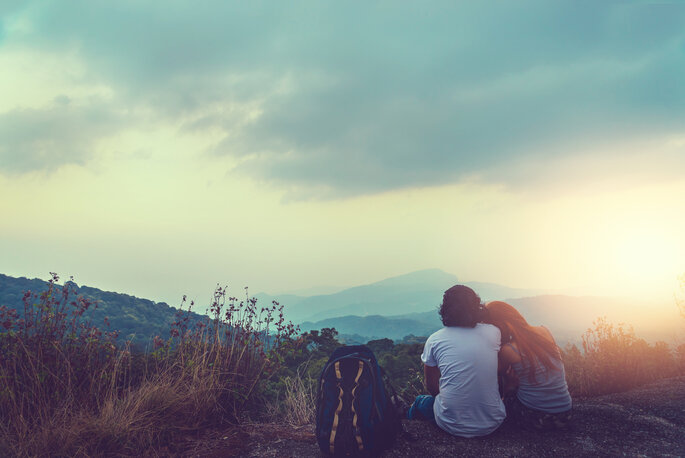 The word danger is a bit of an exaggeration but the idea would be to do something that would cause a rush of adrenaline. For example, a hot air balloon ride or a trip in a helicopter. If you like risky activities in nature why not propose before, during or after any activities such as rafting, bungee jumping, canyoning or scuba diving – the latter is perfect if the seascape is beautiful. The rush of emotions will be multiplied by a hundred! 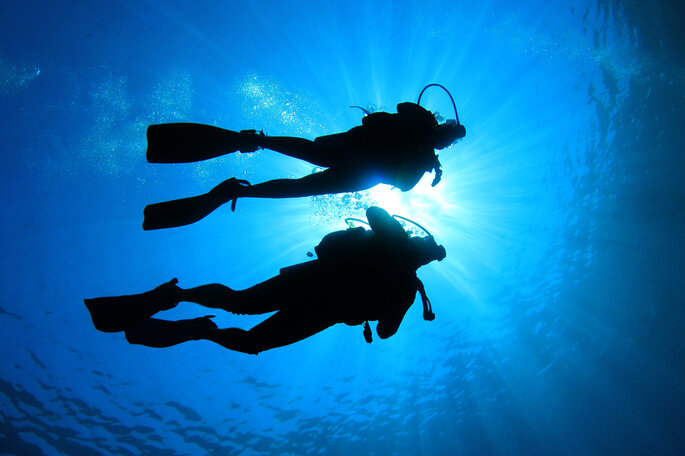 The one who is going to propose needs to pull out all the stops to take his, or her, partner’s breath away. This person is at the centre of attention and the whole evening should revolve around her. How? Use their hobbies and passions to take their breath away, whether that be in a movie theatre, if they are a movie fanatic or obsessed with a certain film, or even in a planetarium if they like to admire the stars (just like Ross and Rachel did in Friends).

See who to hire for the picture perfect moment 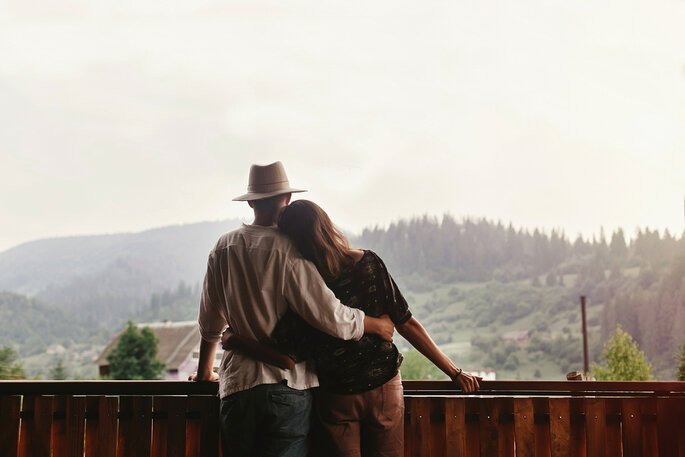 Where’s Perhaps Not The Best Place:

It might be a good idea to test your luck in a crowded place because what will happen if the answer is no? But if they say yes? It might not be a good idea if your partner is shy and would feel uncomfortable. On the other hand, these types of proposals have allowed for brilliant videos on social media; we thank those brave enough to do this! In your case, we recommend that you don’t risk it, but if you do really want an audience, surround yourself by people that you trust. In the mean time, enjoy those that were successful:

Which of these places suits you best? Choose wisely! It could be a key decision in your life.

Venues
18 Jun 2021
Enjoy an unforgettable experience at Torre de Gomariz Wine & Spa Hotel, located in the north of Portugal and surrounded by nature so you can have a peaceful and relaxing time.
39

Celebrate an intimate wedding in this beautiful, rustic villa in Tuscany - Podere Calvaiola

Venues
12 Jun 2021
Looking for a traditional yet beautiful wedding location? Podere Calviola will offer you the best services and suppliers for your dream Italian wedding, along with some stunning views!
43

Venues
31 May 2021
Proud to be living in the 21st century as Castello di Montignano displays the most beautiful, dream-like, same-sex wedding between Sarah and Sophia, who share their love with the world in a boho-chic fashion.

Venues
12 May 2021
Blending rustic elements with a contemporary style, Capanna Suites provides information about their location and this beautiful photo shoot that they have created, to show you why this is the ideal location for your wedding day.
26

Italy Or Spain? Top 13 Venues For Your Destination Wedding

Venues
11 May 2021
Read on to discover breathtaking views, luxury service, and unforgettable venues that can be the spot for your dream celebration.

Venues
13 Apr 2021
Villa Il Labirinto, located on the outskirts of Brescia, is the perfect fusion of history, art, beauty, and nature for your wedding.

Masseria Palesi: rural elegance in the heart of Puglia

Venues
29 Mar 2021
Fall in love with this incredible location - Masseria Palesi provides a warm welcome to your wedding reception, with an authentic and unique style that you have always dreamed about.

Pettolecchia La Residenza: luxury, charm, and plenty of love for your Apulian wedding!