Jenny and Sam were married in a very moving outdoors ceremony in Gers, Southern France – a fitting destination, whose beauty was captured by the highly-skilled videographer Andrew Kelly. Andrew’s videography is a little different from usual wedding recordings – he uses a vintage Super 8mm film, giving his videos a delightful hazy quality, and making them appear almost dreamlike. This creates an immensely romantic and nostalgic tone, something that was perfectly suited to Jenny and Sam’s ceremony at the boutique chateau residence Lartigolle.

Every detail of Jenny and Sam’s destination wedding was planned with meticulous detail, to make sure that their big day would turn out as perfectly as it did. The couple spent months organising the decorations for their ceremony, sending over items to France that they wanted to include, and working with members of the Lartigolle team to decide on themes and colours – an array of pastel pinks and greens, with touches of white and gold, made up the décor on the day. Jenny’s dress was a wonder by itself too – the gown was initially sourced from Essence of Australia, and Jenny made alterations to make the classiest of all wedding dresses. Sam’s suit was tailored to him, and the couple chose the colours together – as an additional feature, he had the date of their wedding stitched into the jacket, a sweet reminder for the years to come.

With their closest relatives and friends there to support them on their first step of their journey into married life, Jenny and Sam’s wedding was very much a family affair. Jenny’s hair was done by her maid of honour, and her sister did her hair; meanwhile, their evening of music was under the control of their friend Rob Bishop, with whom they organised a fantastic playlist full of disco, garage, and 90s tunes. Indeed, their reception event was a wondrous affair, with food and drinks provided by the venue until the end of the night, and with plenty of dancing involved! It was an event to remember, which the couple will be able to do with pleasure with the video produced by Andrew – and the photos taken by the talented Darek Smietana, an exclusive selection of which can be viewed below. We wish Jenny and Sam all the best! 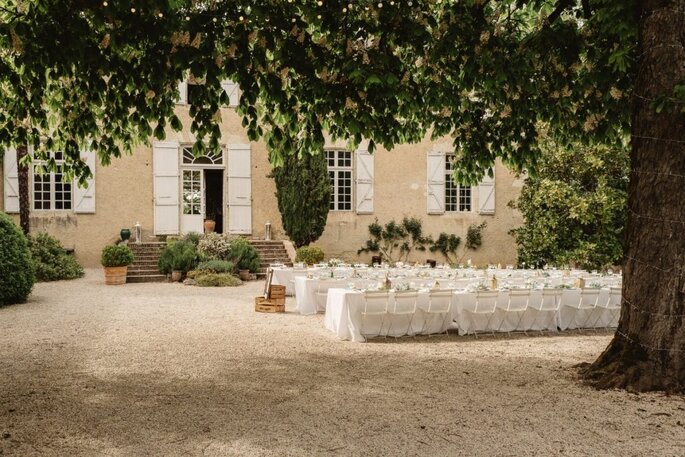 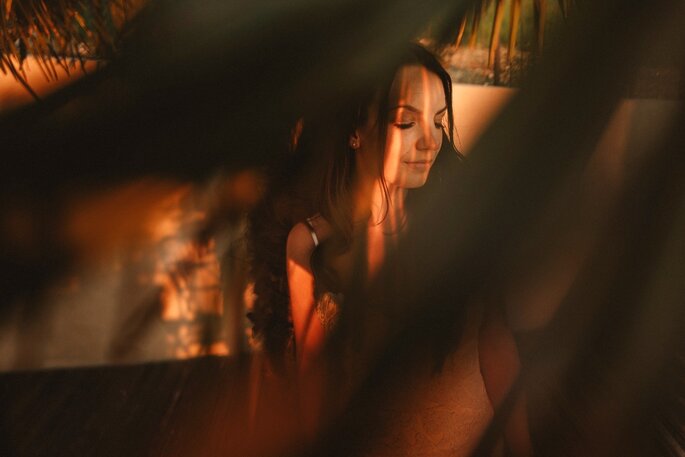 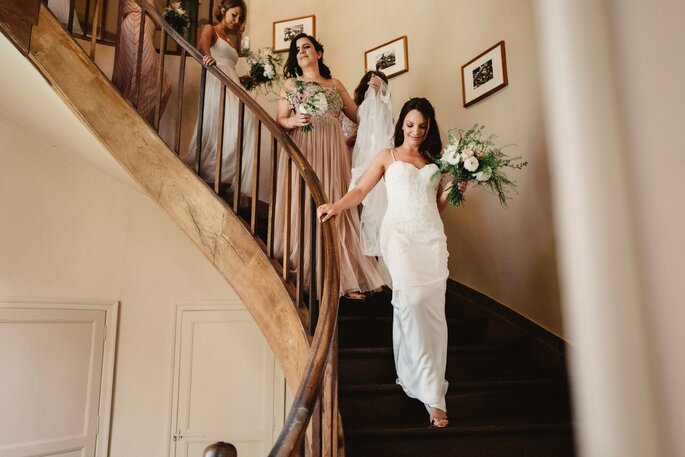 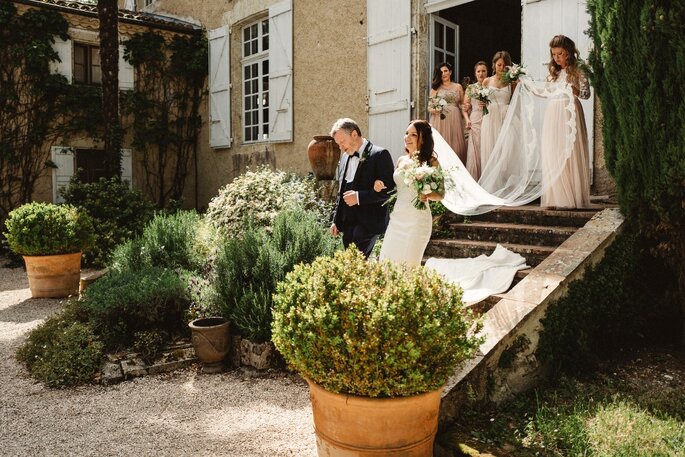 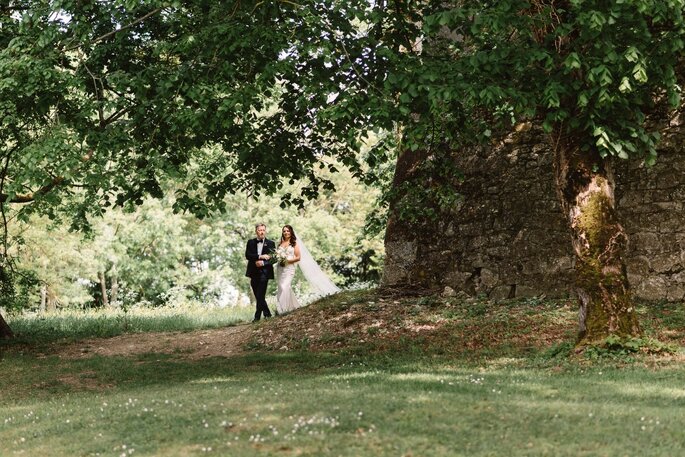 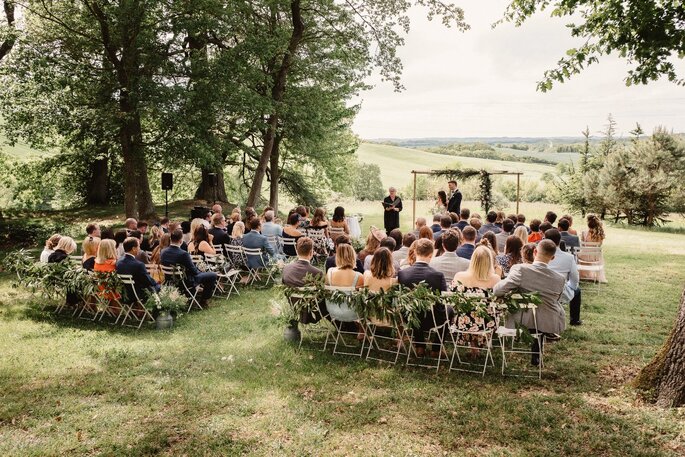 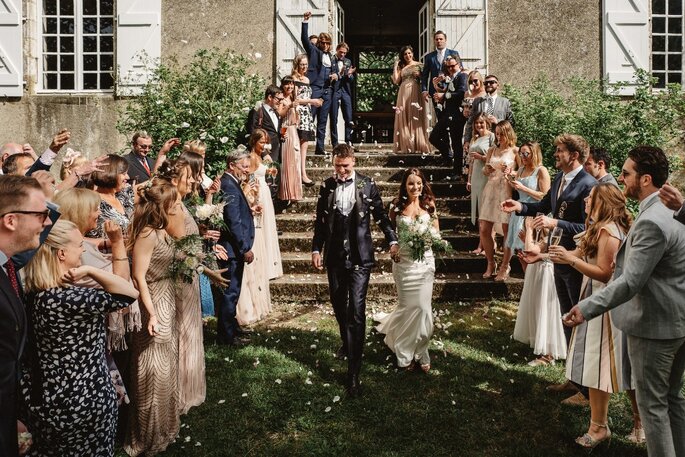 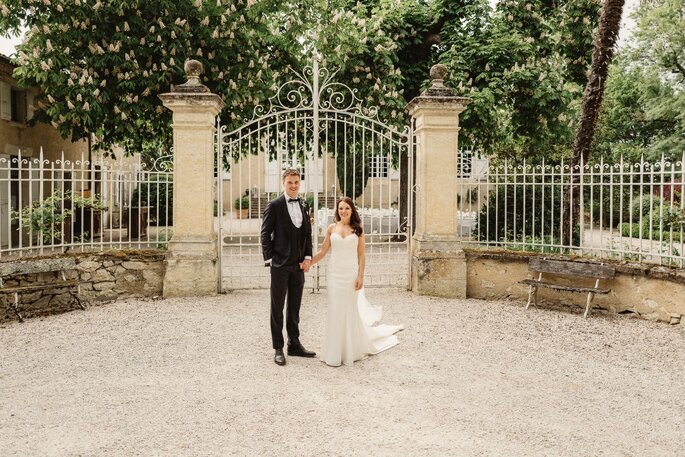 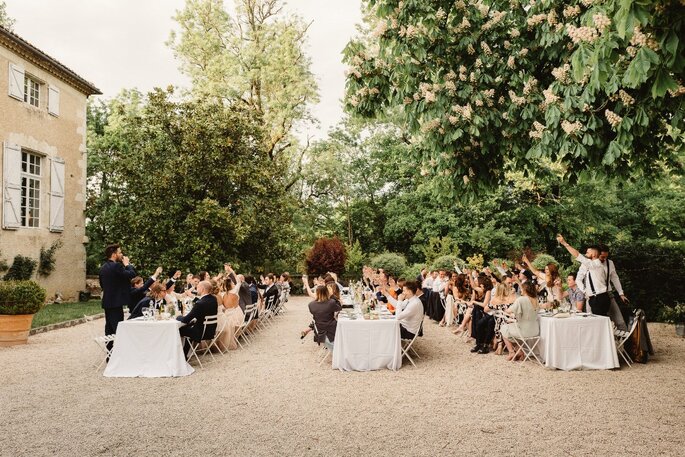 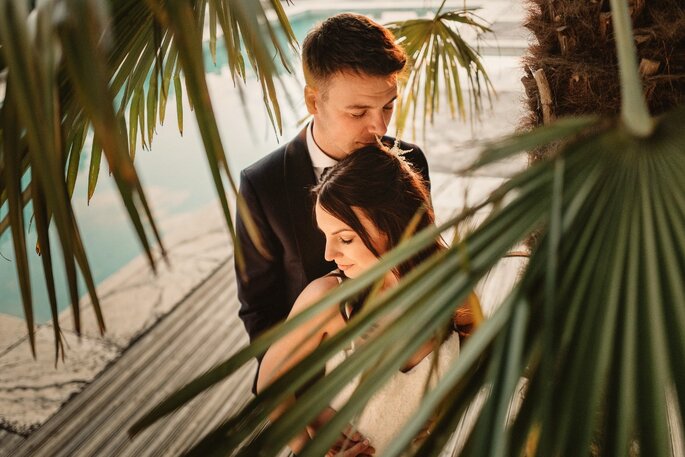 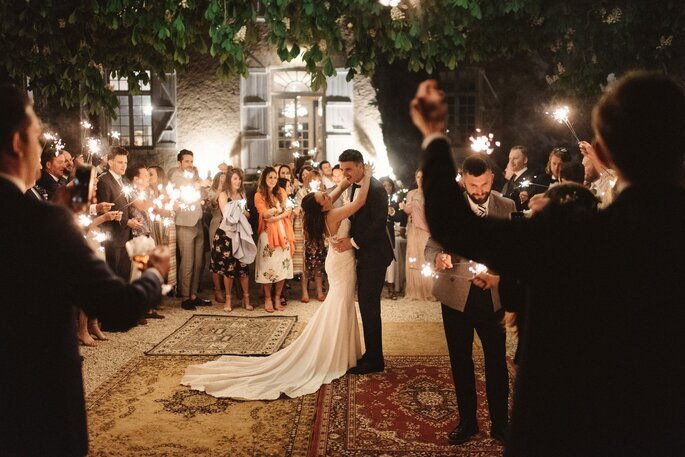 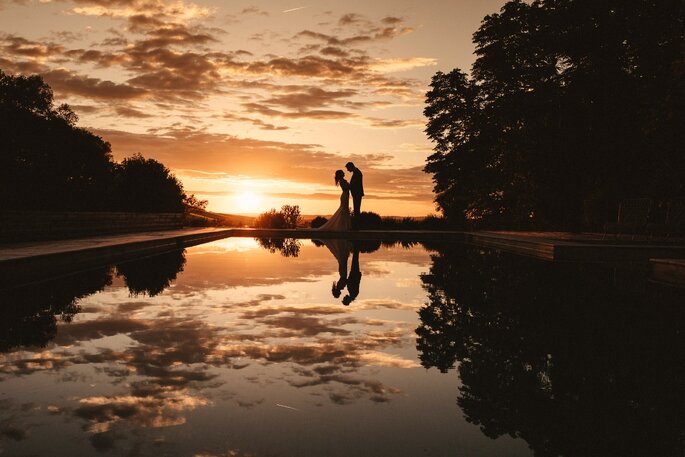 It's All About Photography: Check out Jackie & Nathan's gorgeous wedding in Portugal

Real weddings
23 Feb 2020
We wish Jackie and Nathan eternal happiness in their new lives as newlyweds, and are sure they'll look back on their photos from It's All About with much joy and many fond memories.

The Wedding of Daniele and Federica: "Let's Dance On Top Of The World"

Real weddings
4 Feb 2020
Daniele and Federica are young, beautiful and carefree, and it is precisely their joy and youth that they have shared with their loved ones on the most beautiful day of their life. Fun but also greatly meaningful dances characterised the moments of their special day, moments that will remain in their hearts thanks to the photographers at Studio Petix, who with their artistic sensitivity has given the couple a lovely memory of their marriage.

"Kiss the rain whenever you need me": the wedding of Marco and Maddalena

Real weddings
2 Jan 2020
Awet wedding... lucky in love... but above all, breathtaking marriage: the wedding diary of Marco and Maddalena!

Summer explodes in its solstice and in the poetry of a magical land, crowning a dream of love

Real weddings
27 Dec 2019
A Mediterranean beauty, that of Graziana that in the wise hands of Michela Roberti, brings to wedding with the most suitable hairstyle for her.

Real weddings
26 Dec 2019
The sum of small things that leads to the realization of a dream ... that of Antonio and Rossella wisely immortalized by Zeno Photo!

Real weddings
9 Dec 2019
The wedding of famous footballer, João Pereira, to his beautiful bride, Natacha Esmail, really was a feast for the eyes. They had a romantic Indian ceremony, followed by an incredibly lavish and joyous celebration, all photographed perfectly by It's All About Photography.

"All I know, I know because I love": The Marriage of Monia and Domenico

Real weddings
11 Sep 2019
The touching and delicate story of Domenico and Monia's great day at Villa Balke with the photographic support of Biagio Sollazzi Photography.
Video

Real weddings
19 Dec 2018
Katie and Rob's wedding day was captured expertly on video by Moritz Schmittat Photography, and we're sure it'll move you to tears! Take a look now and get inspired for your wedding. 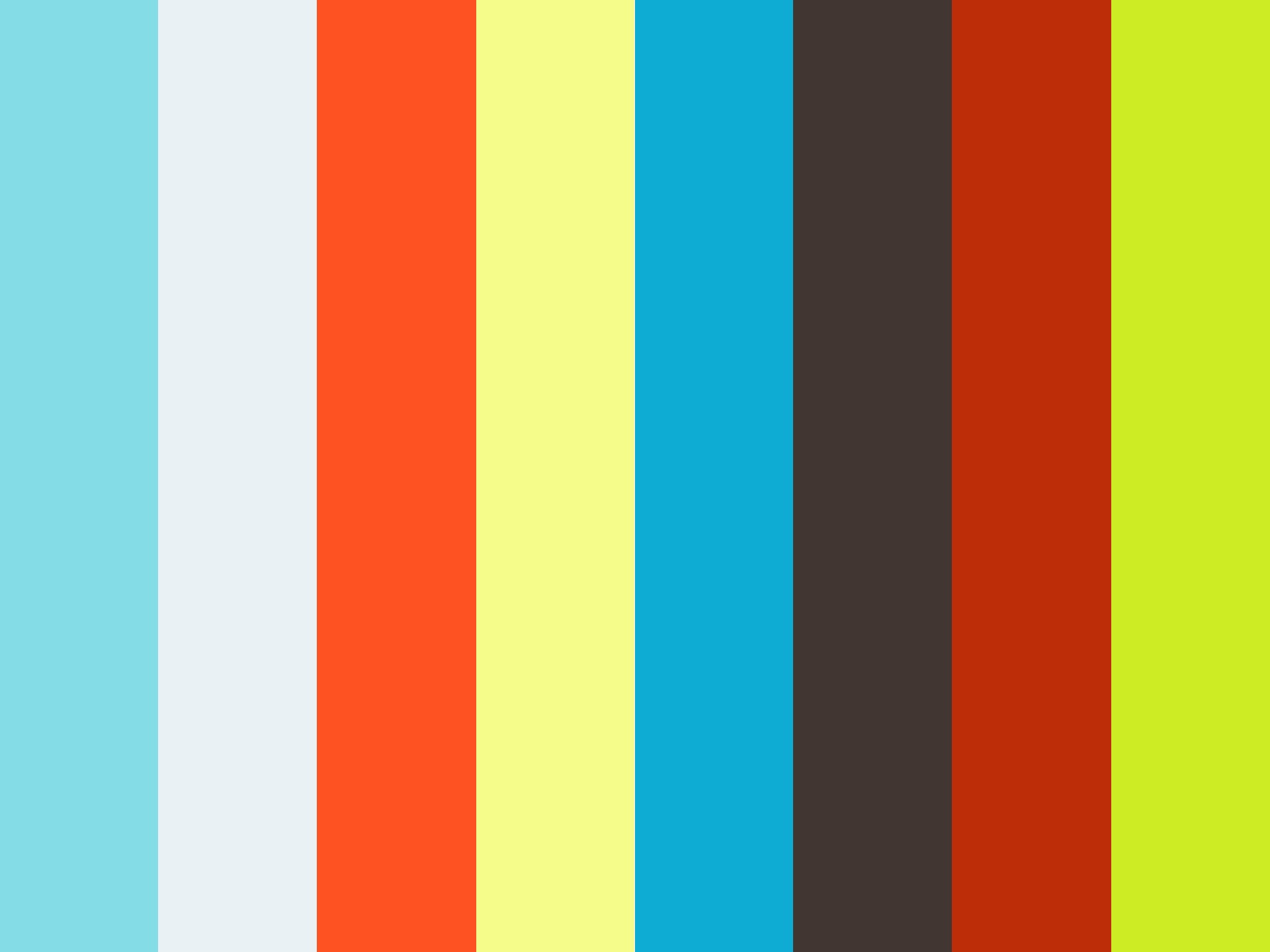