Although our planet no longer hides many great mysteries, especially in the already frequented Southeast Asia, Indonesia maintains a special treasure that does not want to be found. Even its name suggests a distant and unknown land, just like in adventure novels that explore beautiful and mysterious territory, almost from another planet, Indonesia has so much to give, and is perfectly accessible for an amazing honeymoon. So what are you waiting for? 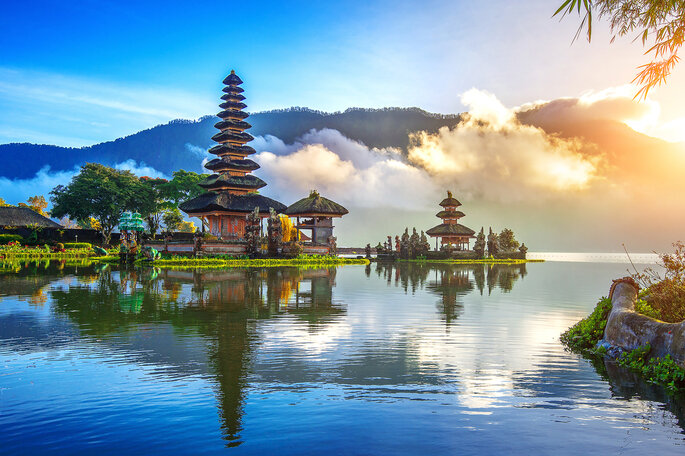 Its capital is Jakarta, one of the cities that best represents the wonderful chaos that permeates the great cities of Southeast Asia.

The language spoken in Indonesia is Bahasa or Indonesian, a variant of Malay that has been influenced by others such as Arabic, Chinese, Dutch, Portuguese and Sanskrit. Even so, in the Asian country there are a total of 719 languages, with Bahasa being the most used, and has many religions, with Islam at the head (it is the country with the most Muslims in the world), without become official.

Upon arrival, you must exchange your money for Indonesian Rupiahs (IDR) and keep in mind that it is always good to carry less than 20,000 banknotes. To give you an idea before leaving, 1 euro is around 16,000 Indonesian rupees.

It is one of the 17 countries in the world classified as megadiverse, the fourth on the list with the greatest biodiversity in the world and namely due to the natural magnitude found in its islands, which are full of life on both their surface and the coral constructions of the sea ​​bottom. According to estimates, there are between 13,500 and 17,000 islands, including Bali, Java, Lombok and Sumatra. All this decorates the beautiful Indonesia with a nature full of fauna and flora, with some unique species in the world living only in their domains, such as the Komodo dragon or the Java rhinoceros. He is also accompanied by a total of 360 ethnic groups.

On the other hand, among the natural wealth of Indonesia, its seismic and volcanic character stands out, with great monuments of nature that continue to impress us because of their size and internal power. This volcanic presence is due to the country settling on the so-called Pacific Ring of Fire, which in composed of a whopping 400 volcanoes, 129 still active and 65 considered dangerous. Bromo, Ijien and Rinjani stand out. 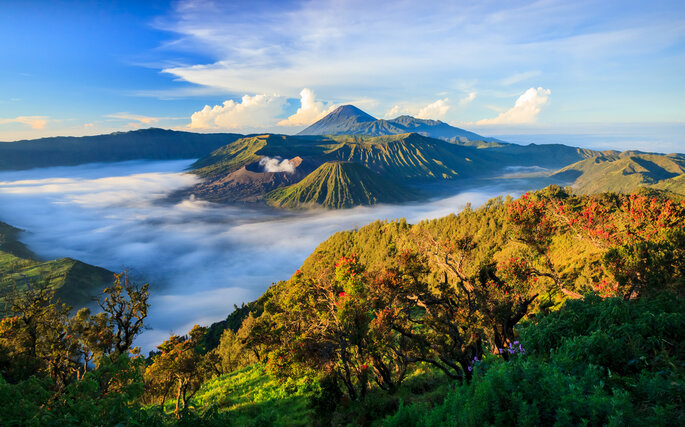 Undoubtedly, the great attractions of Indonesia are divided into islands. Here, we offer you the best bits to enjoy and make the most of your unique honeymoon:

1. Java is one of the most important islands of Indonesia and, among other things, is home to Jakarta, the capital of the country and one of the least visited capitals by tourists in Southeast Asia. It is also the largest and most populated in this area (30 million counting the metropolitan area) and has areas of great interest such as Kota Tua and the Ancol beach area. 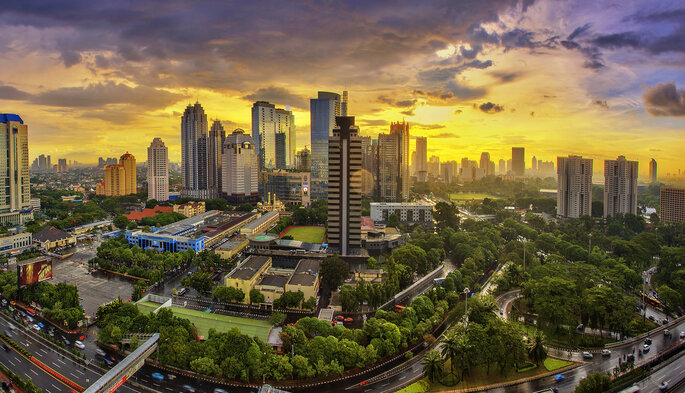 While many focus on Bali, Java houses large pieces of the country such as Yogyakarta, Borobudur or the Bromo volcano, among others. Without a doubt, a must see.

2. Bali: is the island most in demand for mixing culture, adventure and relaxation perfectly. For starters, it contains some of the most incredible temples of the Asian continent, the likes of Pura Besakih, Luhur Uluwatu and Pura Tanah Lot. It also triumphs among its wide public by its rice terraces, waterfalls, volcanic landscape (highlights the Batur) and beaches. 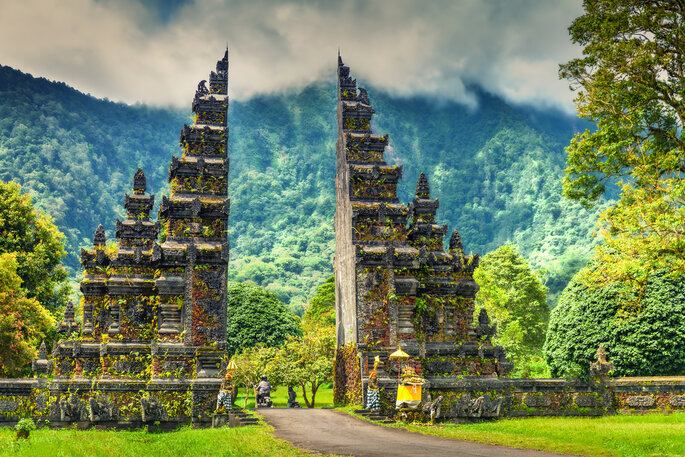 3. Lombok: although it is not as typical as Bali, its whole reaches a high level of excellence. The southern beaches are fundamental pieces for their virgin character, white sand and crystal clear water, as well as those found in the nearby Gili Islands. On the other hand, all its nature and the journey to the top of the Rinjani volcano gives indescribable views. 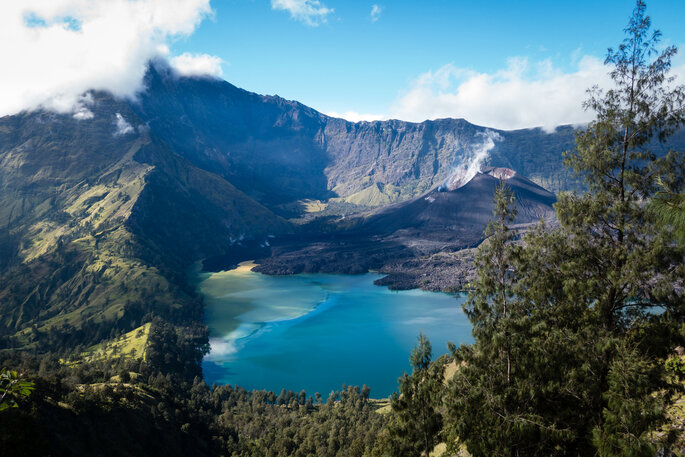 4. Sumatra: although it would be convenient to check the volcanic activity of the island, Sumatra is an island with thousands of possibilities if it is safe and you have the opportunity to go. As the largest of Indonseia, it has absolutely everything: picturesque villages such as Bukit Lawang, which receives the same name as its lavish adjoining forest; jewels of volcanic tint such as Lake Toba; a multitude of animals and plants, many of them endemic to the island itself; Indians willing to show you the depths of the jungle; mounts of impression like the Sibayak and the accessible Merapi volcano in Bukittinggi; and the Mentawai Islands, perfect for relaxing on the beach 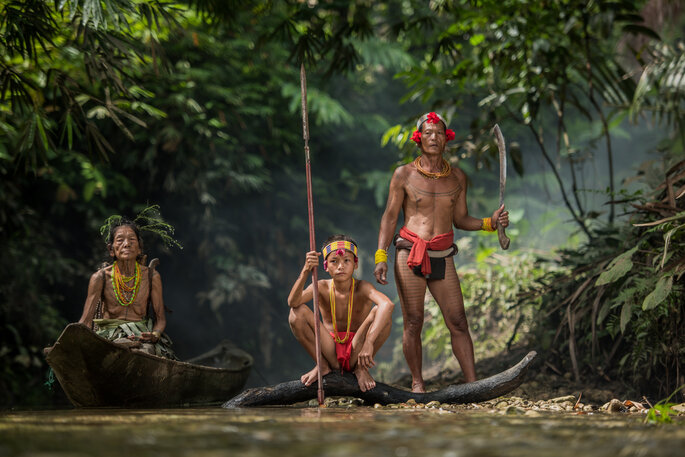 5. Sumbawa: another island, this time with less fame and much more evicted, but perhaps for that reason more special. Within the relax, you can visit Sumbawa Besar and the nearby island of Moyo full of animals. 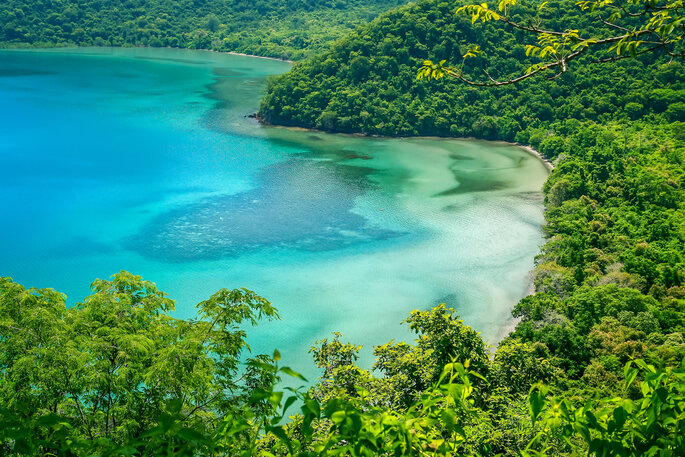 Among its special hotels and resorts, the Jeeva Klui Resort is one of the best, located on the coveted island of Lombok. One of its great values is the private villa with a swimming pool that offers complete isolation to the couples, as well as the beach that arises between the most exuberant nature and that is reserved only to the guests.

Also in Lombok, the Qunci Villas resort is half-hidden in a sea of palm trees. It’s witness to the connection point of the Java Sea and the Indian Ocean, as it is located in the Lombok Strait, a location that allows the organization of excursions to the Gili Islands from the hotel. 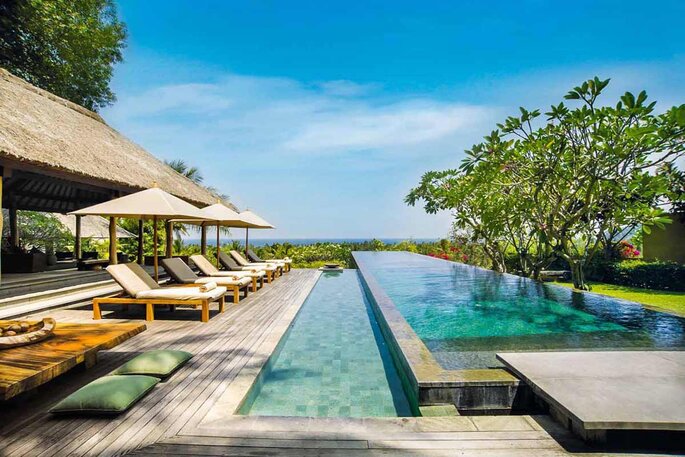 Finally, Bali’s Komaneka Ubud is located in the province of Ubud, the main cultural center of Bali that, between luxury and authenticity, offers one of the most significant places in the country. It includes different hotels within the same resort in incredible areas such as Monkey Forest or Keramas Beach. 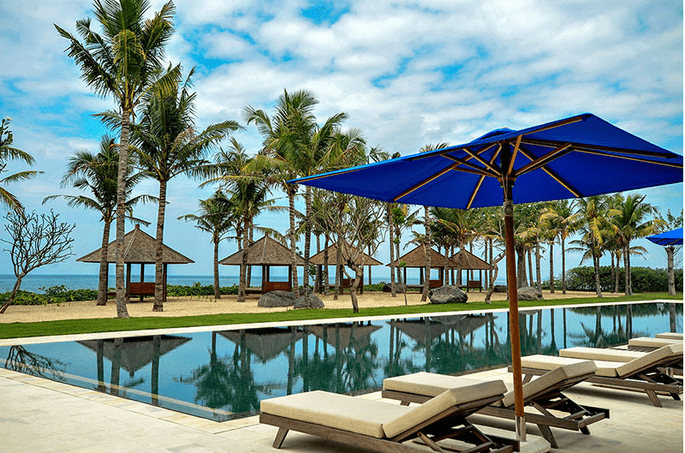 Indonesia is gaining in popularity, but for now it is still one of the least visited countries in Southeast Asia. Do you dare to take a leap and visit this beautiful country for you honeymoon?