Anticipation of the festive season is often fraught with stress and worry – how will I fit everything in? Are we spending the holidays at yours or mine? Oh god, I have to get a present for her, too?

Christmas is coming, so it’s time to get in the mood, and what more perfect way to do this than taking advantage of cheap last-minute air fares, and jetting off to one of the many charming Christmas markets which have sprung up all over Europe with your loved one? You might even manage to squeeze some present shopping in (between all of the glühwein tastings)!

Long a definitively German tradition, towns all over Europe have embraced log cabins, twinkling lights, and hot wine (of some variety) on tap – much to our delight. We’re here to give you our recommendations of the most quintessentially charming markets to visit – pick one and get planning a spontaneous winter getaway!

It would be criminal not to include at least one German Christmas market on our list, considering they’ve been enjoyed annually here since the Middle Ages. Selecting just one was difficult, but in the end we had to go for Cologne, which boasts not one, but seven Weihnachtsmärkte. Grab a cup of glühwein, some lebkuchen to keep your sugar levels up, and start exploring the cobbled streets of this rich city.

The smaller, more unusual markets can be found all over – these comprise an LGBT market between Rudolfplatz and Schaafenstraße, and the Harbour Christmas Market, to name but a few. Downtown Cologne plays host to the bigger markets, boasting an ice rink on Heumarkt, and a spectacular tree next to the cathedral. The space outside the cathedral is also used as a space for various performances – eat, drink, skate, watch a show, and be merry. 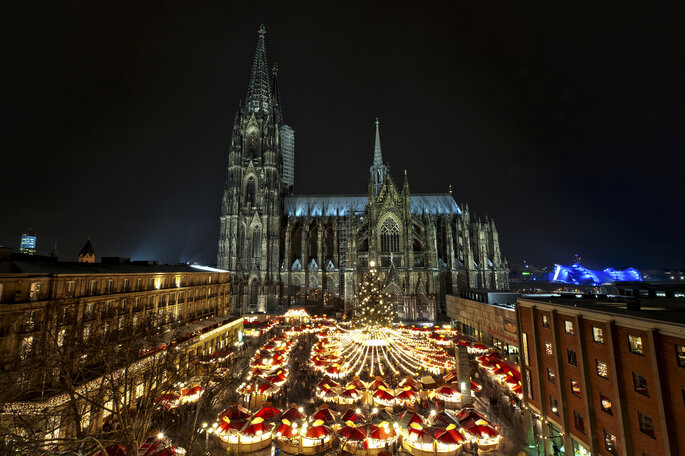 Bologna’s Christmas market is found behind the city’s tangled market streets in Piazza Minghetti. Although modest in size, this Bolognese market offers a host of goodies: vin brulé and biscotti morbidi are staples, continuously baked fresh alongside olive basoncini and even quiches lorraines. Hot food is served from vast, steaming pans: a selection of paellas, cassoulets and potato dishes. Regional products can be bought as gifts or to be consumed on the spot – be sure not to miss the red pesto cheese. The wine selection is also incredibly broad, ranging from inexpensive Sangiovese to universally-acclaimed Tuscan Chianti.

Although the market is rather short on non-edible goods, few people will travel to the culinary capital of Italy and leave disappointed. Premium produce is undoubtedly better value here than in the tourist-heavy cities of Milan and Florence, and you won’t hear a word of English being spoken – altogether a thoroughly enjoyable Italian experience.

A stone’s throw from the English Channel, Lille’s charming streets, steeped in both French and Flemish heritage, are well worth a visit. The main event takes place in Place Rihour, with 81 stalls offering an array of trinkets to take home to your loved ones, as well as endless regional delicacies to be enjoyed on the spot.

Unsurprisingly, the city’s festive focal point is – you guessed it – a spectacular Christmas tree which towers over Place du Général de Gaulle. This square is also the home to a ferris wheel, which is well worth taking a spin on. Appreciate the sprawling grotto from up high, and round your visit off with a nightcap of genièvre.

This medieval Belgian city has seen a surge in tourism in the last few years, and unsurprisingly – a charming mix of canals and cobbled streets, there is perhaps no better time to explore Bruges than at this particularly enchanting time of year. All of the staples of a fine Christmas market can be found here – warming food, tasty wine, quaint wooden cabins selling artesanal products from all over Europe, and an ice rink in Grote Markt widely acknowledged to be one of the most beautiful around.

Take time to stroll through the city’s historic streets and explore the smaller market which takes place in Simon Stevinplein – equally worth a visit. And definitely don’t forget to stop for a waffle or three during your trip! 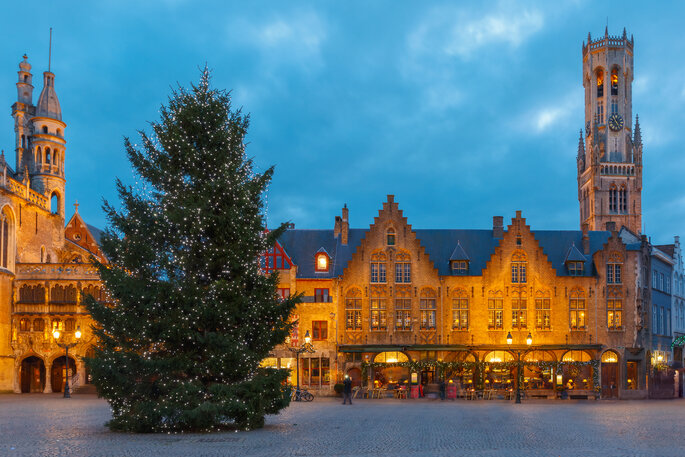 No time to jet off to the continent during this period? No problem – simply jump on a train to Edinburgh! Scotland’s capital boasts two enticing Christmas markets: a staple European one as well as a traditional Scottish market, offering some of the nation’s finest produce. Think tweed, cashmere, and lots of whisky.

George Street has also been converted into the Street of Light for the coming month. An installation comprising over 60,000 bulbs and local music, taking a walk down this illuminated boulevard promises to be a mesmerising and quintessentially festive experience. 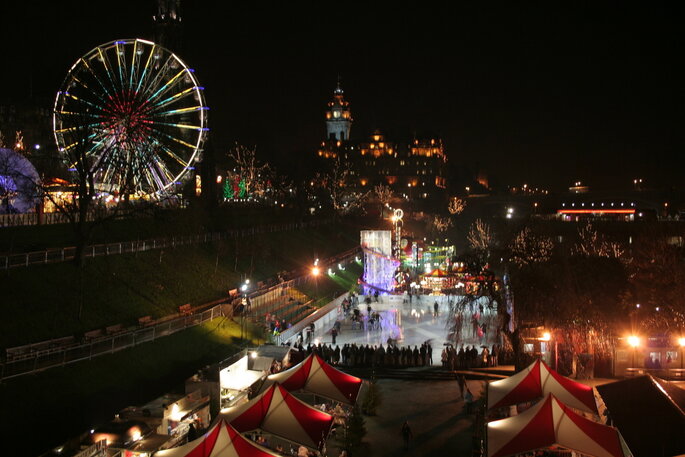 There you have it – the Zankyou team’s pick of some of the best Christmas markets around. Have we left any off that you think are must-visit destination this season? Let us know!

Click here for more romantic things you can do with your partner!